"You will very few kora records where the possibilities of this wonderful instrument are explored more thoroughly than they are here; you will find none where the kora is better recorded",

being just one example. Some of the preparatory work and, indeed, some of the recording took place in a small cabin somewhere in the Danish countryside that had been loaned to Dawda for just that purpose, so that he could get away from the cares and distractions of city life and concentrate on the job in hand.

Filmed in October 2015, here's a phone video of what became the first track on the album, the very gentle and meditative "Winter Trees Stand Sleeping"

And here it is as it finally appeared on the finished album:- 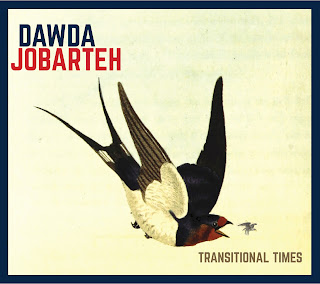