For nearly thirty years, the "Wanyika" bands dominated Nairobi’s nightclubs and recording industry. Their music was propelled by light percussion and made sweet with a delicate interplay between rhythm and solo guitars. The sound was sparse, but a rich bass filled the gaps and on top were catchy melodies sung in a Swahili that could be easily understood across East Africa.

This was the defining sound of Kenyan Swahili rumba in the late 70s and early 80s, and Issa Juma was a pivotal figure in both creating and giving it new directions. His powerful baritone voice was indisputably the best of the Wanyika clan and, constantly experimenting, his style could change with each producer and session. 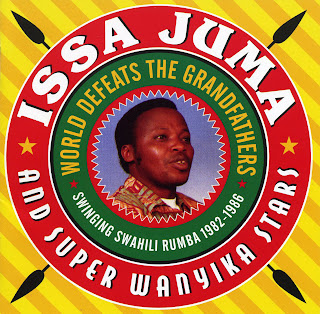 Carefully re-mastered, full-length recordings that include bona fide hits alongside rare, never-before-released tracks, this album is a long-overdue homage to a brilliant vocalist and band-leader, an innovative and accomplished musician who today is sadly missed.

D.O. Misiani was Shirati Jazz… Shirati Jazz were D.O. Misiani: it was his band, he - in the nicest of ways - called the shots and without him it simply would not have existed. Moreover without Daniel Owino a.k.a “Mwalimu” (teacher) at the helm, benga, the energetic and hypnotically involving music of the Luo-speaking people of Kenya, would not be where it is today. Misiani and Shirati were the first stars, their success set a standard that others could only follow.

Misiani wrote songs on all sorts of subjects, not least Love and Politics. Both got him into trouble; the first required that he leave his village, the second that he go to prison. But he remained undaunted and unsilenced, and although he didn't live to see the election of Barack Obama, we can imagine the fun he would have had with the fact that a Luo man's son can become President of the United States, while the Presidency in Kenya has so far eluded any Luo, the 3rd largest language group of that country.their fans – Wenge Musica, Zaiko Langa Langa and more – but whose line-up seems to change as frequently as their clothes, always a vital ingredient of the scene. 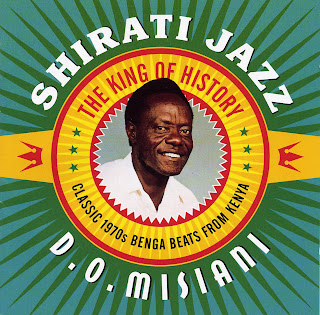 In the first flush of ‘world music', the record labels did not ignore D.O. & Shirati and beginning with Discafrique in 1988, Globestyle, Earthworks and World Circuit (albeit without D.O. himself) all released recordings of this key group. Rare though those albums may now be, Sterns are proud to add to the list and present, with comprehensive notes by Doug Paterson, intimate photos and tracks mastered to their full-length for the first time, a selection of hits and scarcities from 1973 – 1979: crucial years when Shirati’s series of hits defined the classic benga sound.