The man known as Verckys is one of the most colourful characters in Congolese music and though perhaps not as famous internationally as some of his associates, he has made an outsized impact on his country’s music and music business. He was born Georges Kiamuangana in Kisantu, the Belgian Congo, in 1944. His well-to-do father sent him to Roman Catholic schools and the church of the native Kimbanguist Protestant sect. In the church band he displayed his musical aptitude on guitar, piano, flute and clarinet before graduating to saxophone. He was still a teenager when he left home to pursue a musical career in Léopoldville (Kinshasa).

An outstanding saxophonist, Kiamuangana was strongly influenced by the robust, funky sound of the American King Curtis, whose name he heard as “Vurkis”. Upon being corrected, he chose Verckys as his stage name. Playing in a couple of minor bands, he caught the attention of the veteran bandleader Dewayon, who recruited him into his Orchestre Conga Jazz. Two years later Dewayon’s erstwhile partner, Franco, wooed Verckys away from Conga Jazz to play in OK Jazz, the top band in the land.


In addition to being a talented instrumentalist, composer and arranger, Verckys was a showman whose dance moves and stage antics won him avid fans of his own. So self-confident was he that in 1968 he started a record company, Éditions Vévé, and persuaded Youlou Mabiala and several other members of OK Jazz to record for him in breach of their contracts with Franco. When Franco found out about it he fired the lot but then relented in consideration of 40% of the new company’s earnings. This episode convinced Verckys that he no longer needed Franco; he left OK Jazz to form Orchestre Vévé.

Verckys modelled Orchestre Vévé on the band he’d just quit and trained its relatively young and inexperienced members to achieve that big, compelling sound with fewer musicians. He himself was, of course, a featured soloist, but he did not slight the other instrumentalists or the singers, Matadidi ‘Mario’ Mabele, Loko ‘Djeskain’ Massengo and Isaac ‘Sinatra’ Saakoul. In the late ‘60s and early ‘70s this band released dozens of singles, including the big hits Mfumbwa, Mama Djele, and Chérie Anna, which contains possibly the first recording of the exclamation “Soukous!” The most acclaimed of the early Vévé records was Nakomitunaka (“I ask myself”), an uncharacteristically pensive song that ponders questions about race, nationality and religion. 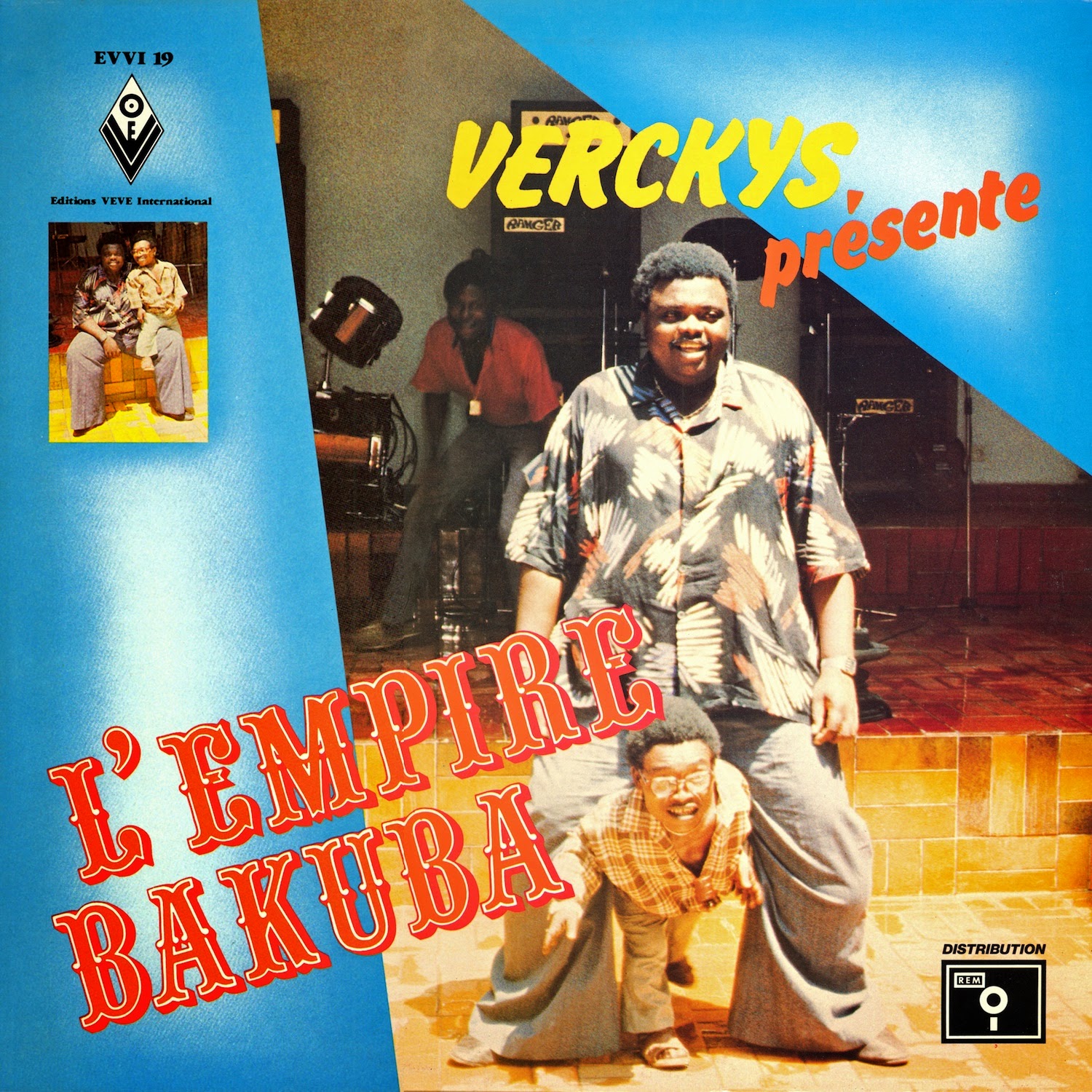 In 1973 the three Vévé singers left to form Trio Madjesi & Orchestre Sosoliso, but Verckys had no trouble replacing them, and Orchestre Vévé wasn’t his only band; he also led Orchestre Kiam and could draw from a pool of musicians he had signed to Éditions Vévé. One of the savviest talent scouts and entrepreneurs in the Congolese music business, he discovered or put together several of the best bands of the Second Generation: Les Grands Maquisards (with Ntesa Dalienst and Dizzy Mandjeku), Bella Bella (led by the brothers Émile and Vangu Soki), Lipua Lipua (with Nyboma Mwan’dido and Daly Kimoko) and Empire Bakuba (Pépé Kallé on the very large throne). 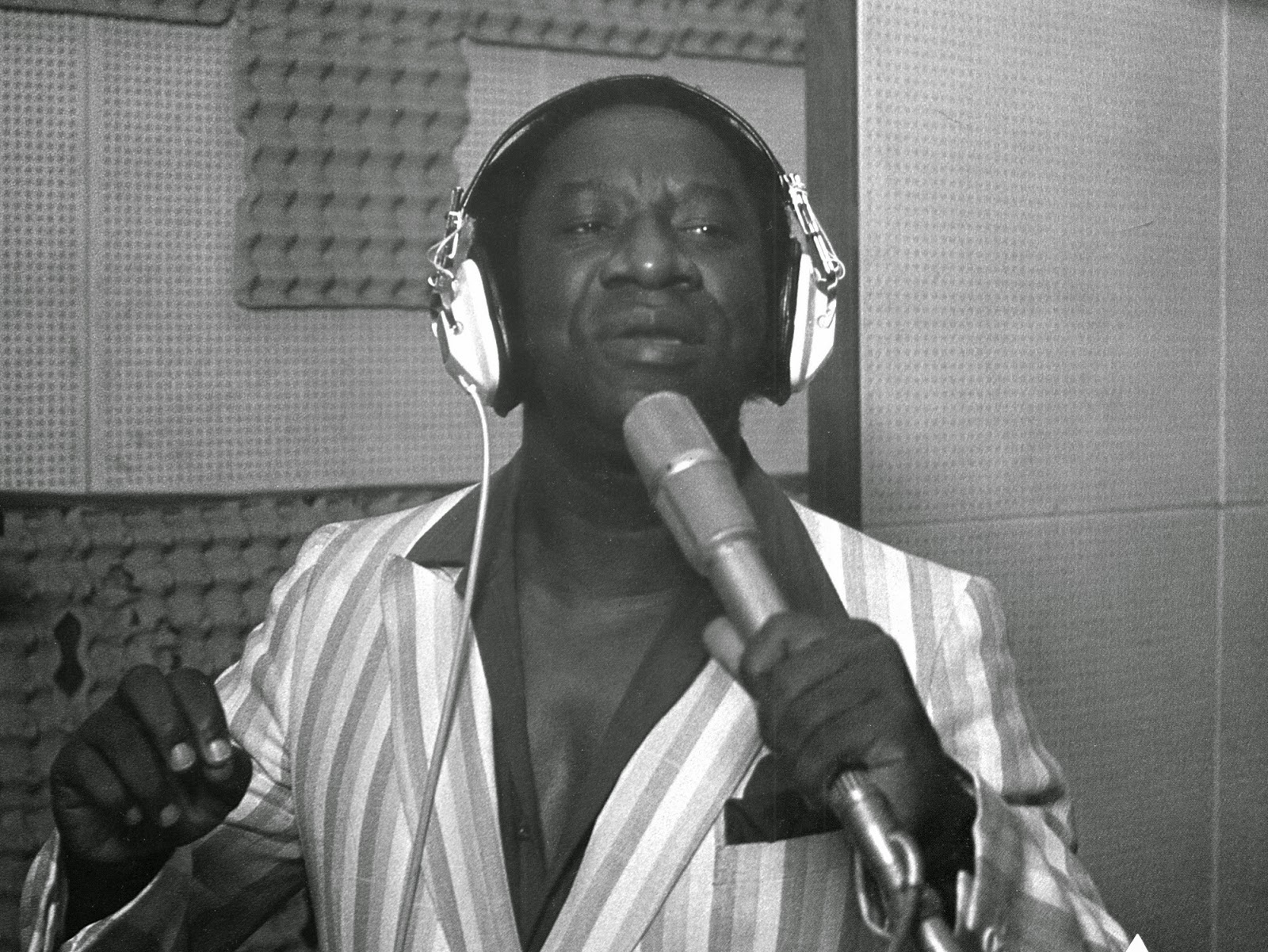 Verckys continued to play with Orchestre Vévé, recording such classics as Bilobela and Vivita, but he focused increasingly on producing records and expanding his business rather than performing. The studio that he built in Kinshasa in 1972 attracted artists under contract to labels other than Éditions Vévé, and Vévé Centre, the six-storey entertainment complex he erected in the heart of the Matongé nightlife district in 1978, often presented the pre-eminent Second Generation band, Zaiko Langa Langa, as well as rising stars such as Koffi Olomide, and in these ways Verckys became as important to the bustling Congolese/Zairean music industry as Tabu Ley Rochereau and Franco. In fact he succeeded Franco as president of the Zairean musicians’ union and produced Tabu Ley’s first records with Mbilia Bel. 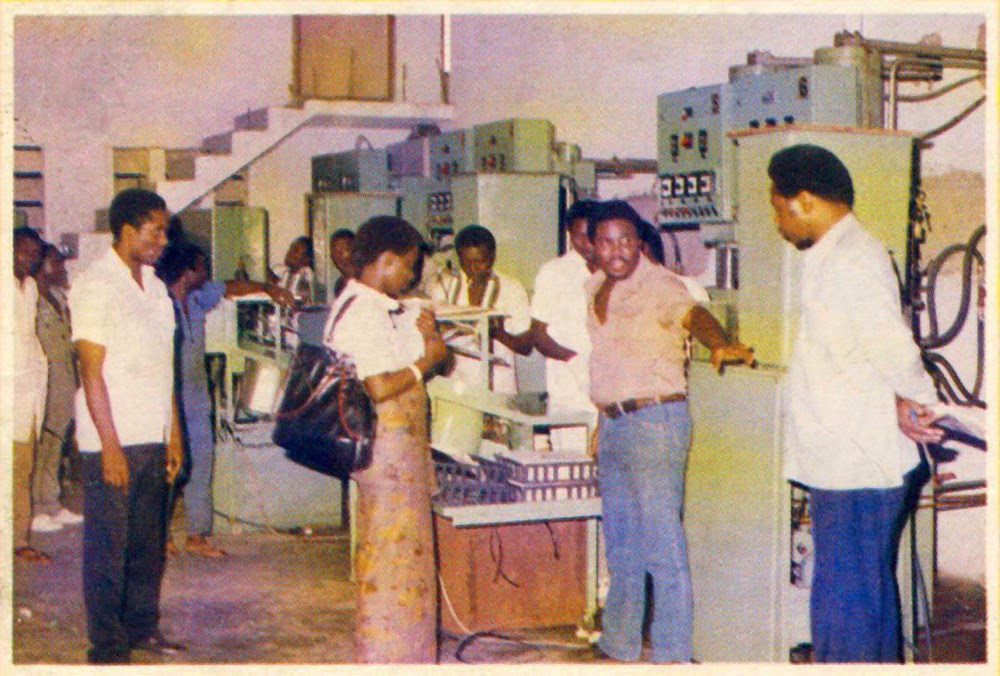 In the 1980s Verckys produced bestselling albums by Victoria Eleison and Anti-Choc and creating Langa Langa Stars, but there was little he could do to stem the flood of bootleg cassettes that was destroying record industries throughout Africa. Many of the artists he had worked with moved to Europe, but he maintained his base in Kinshasa, even as the Zairean economy slowly collapsed. When the Mobutu dictatorship conceded to economic and political reforms in the early ’90s Verckys began publishing two newspapers and planning to run for elective office. Before long, however, the reforms were quashed and the country slid into civil war.

A survivor as well as a colourful character, Verckys still lives in Kinshasa and remains involved in the Congolese music business. His choice of Sterns Music to issue his exceedingly important digital catalogue is a great honour.