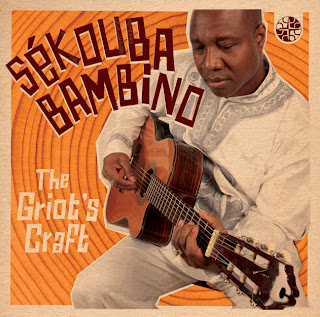 Sékouba Diabaté is, as his surname suggests, a jeli. A jeli is a griot of the Mande people of West Africa; a special person who has inherited the responsibility of remembering history. From his parents and grandparents he learns Mande history and genealogy, and with practiced skill he recounts this knowledge in oratory, epic poetry and song, reminding listeners of the tragedies and glories of the past and the lessons to be applied to the present and the future. The Diabaté name (spelled Jobarteh in some countries) denotes one of the most celebrated West African jeli clans.

Sékouba Diabaté was born and raised in northeastern Guinea, near the border with Mali, at the heart of the ancient Mande Empire, whose history goes back eight centuries, as does its canon of poems and songs. By the time he was 16 years old Sekouba was famous in his native region for his command of the canon and his strong, soaring voice. His reputation reached Conakry, the coastal capital of Guinea, and in 1983, when he was 19, he was asked to join Bembeya Jazz National, the pre-eminent modern Guinean band. Most of the members of Bembeya Jazz were in their 40s, so young Sékouba was dubbed Bambino – the Italian word for “baby”. Why Italian? He’s not sure, but Bambino has been his professional name ever since.

After eight years with Bembeya Jazz, Bambino embarked on a solo career. Producer Ibrahima Sylla brought him to Sterns, first to sing with Africando, the multinational salsa band, and then to record Kassa, an album of contemporary African pop. Soon after that CD’s 1997 release, I had the good fortune to hear Bambino in a more traditional mode. 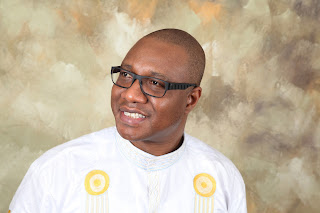 I was invited to a party in New York, given by the Guinean Ambassador to the United Nations in honour of the new Malian Ambassador to that august assembly. I should have known not to show up at 8 o’clock, regardless of what the invitation said: almost no one was there. Over the next couple of hours other guests arrived, slowly filling the ballroom with voluminous robes and headdresses in dazzling colours, making me feel conspicuously white and dull.

Eventually the host and the guest of honour entered and made their rounds of the room before giving speeches. It was nearly midnight when dinner was served, and it was only after the last dishes had been cleared away that musicians set up at one end of the room and began playing. Beautiful music – a koni (lute), a pair of koras (harps), and a pair of balas (xylophones) – but it was a long and stately piece that, following a rich meal, had a lulling effect. I wasn’t the only person who appeared to be dozing.

Then suddenly Bambino strode onto the floor and the energy level in the place surged by a magnitude of ten (maybe eleven). He looked splendid in a shiny purple and gold robe. He needed no microphone to be heard resoundingly above the instruments in this large room full of people, even as the instrumentalists visibly and audibly turned their output up several notches. Everyone was transfixed.

After a rousing song that got the audience clapping rhythmically, Bambino shifted into an epic. Without understanding his Maninka words, I could see in his gestures and hear in the way he raised and then dramatically lowered his voice that he was telling a story. He had everyone’s rapt attention as he walked over to the ambassador from Mali and sang directly to him, the words whirling off his tongue with rising fervor until everyone burst into applause and the ambassador stood up and placed a handful of cash on Bambino’s shoulder.

Bambino began every song with his arms stretched wide, as if to say “This is for all of you”. Then, well into the song, he would approach a man or a woman in the audience, a couple or a family with children, and fix his gaze on theirs. To me, an outsider, it felt almost too intimate and almost too bold, but, clearly, those being serenaded so magnificently felt privileged. Inevitably, out came the money – which, I believe, bespoke genuine appreciation. One gentleman in a finely-tailored European business suit pulled from his breast pocket not only a wad of banknotes but also a white handkerchief which he dabbed at his eyes as Bambino sang to him.

I had seen similar performances and gratuities many times in Africa, but never on such an advanced level. Here was a trueborn jeli at work in front of bona-fide aristocrats – people with long pedigrees, accustomed to employing jelis. A man at my table leaned toward me and said, sotto voce, "Bambino has done his research. Before he entered this room he must have looked at us and identified all the important families represented here tonight. He knows, better than they, all the great deeds done by their ancestors. That's what he's singing for all to hear."

Bambino’s diligence and skill paid off. Those were not single dollars that his assistant picked up from the floor, but $20, $50 and $100 bills, and by the evening’s end there were lots of them.

The next day Bambino (wearing jeans and a T-shirt now) showed up at Sterns. "I've bought a car," he said, "but I don't have enough money left to ship it to Conakry. I need $2,000. Can you help me?"

My colleagues and I went downstairs and out onto Broadway to see the car. It was a sky-blue Cadillac – not new, but big and fine. Back in my office I called my boss in London, who laughed and said, “Yes, yes, give him the money.”

A couple of years later, when Bambino returned to New York to lend his voice again to Africando, I asked him about his car. He grinned and said "Everybody in Conakry knows Bambino's American car."

Players on The Griot's Craft