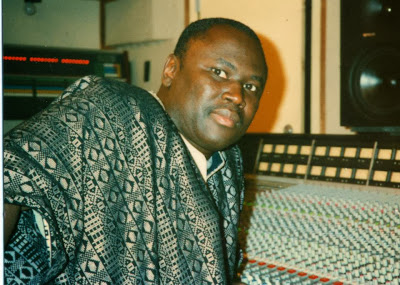 On learning of the death of Ibrahima Sylla on Monday, the renowned Senegalese singer and humanitarian Youssou N’Dour remarked “He was a nobleman.  He was a visionary.”  Such accolades are being voiced this week by numerous African musicians, many of whom owe their careers to Mr. Sylla, who has been Africa’s most important record producer for 35 years. The worldwide enthusiasm for modern African music might have risen in these same years even if Mr. Sylla had become an economist (as his father intended), but it would have been very different without his keen ear for talent, vivid imagination for how music could sound, and suave skill at developing and presenting artists.

Ibrahima Sory Sylla was born on April 2nd, 1956, in Kaolack, Senegal, where his father and uncle were chiefs of the Diakanké clan.  His mother came from Mali, and he grew up speaking Mandinké, Bambara, Fula and Wolof.  His earliest memories (as he told this writer) were of hearing famous griots – chroniclers, poets and musicians – whom his father had summoned to perform at the family estate.  He attended a French school in Dakar until he was 13 years old, when his father sent him to a Koranic school in Chad.  After a year there, he accompanied his father on travels throughout West and Central Africa before going to Paris to study economics.

In Paris he spent fewer hours studying than hanging out in a record shop where, within four years, he bought 6,000 new or used Cuban records, some of which he taped onto cassette compilations to give to fellow Latin-music aficionados.  Upon receiving his degree and returning to Senegal in 1979, he asked an esteemed griot to tell his father of his desire to go into the record business. Al Hassan Sylla misinterpreted the griot’s song to mean that his son wanted to be a musician, whereupon he slapped the griot and refused to speak to Ibrahima for three years.  Undeterred, the young man got a job at a Dakar studio where popular bands such as Orchestre Baobab and Youssou N’Dour’s Étoile de Dakar recorded.  He and a partner started a company called Jambaar (“Valiant”) and produced two albums by Orchestre Baobab which they later licensed to Sterns Music for international release under the title Bamba.

Back in Paris, Ibrahima Sylla opened Kubaney Musique, immediately the best place in France to find all sorts of Latin and African records.  Paris, at that time, was becoming a mecca for musicians from around the world, and as soon as Mr. Sylla established Syllart Productions in 1981, he had his pick of artists from many African countries.  Some had recordings they wanted to release in Europe, others wanted to make new records, and Mr. Sylla was in a position to work with the best of them.  Several of his earliest productions were for young performers of the hard-rocking Senegalese style called mbalax, most notably Thione Seck and Ismael Lo, but he never restricted himself to one style or nationality.  Among his successes in the early ‘80s were albums by the Ivorian reggae singer Alpha Blondy and by the Zairean soukous collective known as 4 Étoiles. 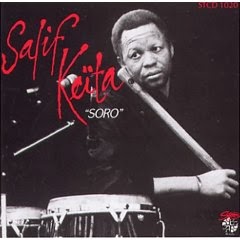 Then came Soro. Salif Keita was already famous in his native Mali, where he had been the Rail Band’s lead singer, and in Ivory Coast, where he led the border-crossing Ambassadeurs, before Mr. Sylla brought him, in 1986, into a new 48-track studio in Paris.  He engaged François Bréant and Jean-Philippe Rykiel to arrange Keita’s songs for multiple voices, African drums, Euro-American horns, electric instruments and synthesizers.  The result was music that sounded both ancient and very modern, even futuristic.  Released in the U.K. by Sterns Music, Soro elicited rave reviews and heavy airplay, prompting Island Records to acquire the rights for the rest of the world.  Salif Keita became one of the first global stars of what would soon be called world music, and Ibrahima Sylla’s reputation grew.

He was sought out by artists with well-established careers, including Baaba Maal, Pépé Kallé, Zaiko Langa Langa, Sam Mangwana and even the great Franco.  Mr. Sylla had the contacts and resources to get them into the best studios, bring in the top arrangers and session musicians, and make deals to have their records distributed in the markets that mattered most to them.  He was not a musician himself, but he understood a lot about music and how to record it so that listeners could enjoy it the way he enjoyed it: to the fullest.  He was a man of ideas, too; he inspired artists to try new things.  Asked what the most important responsibility of a producer was, he said “To challenge, challenge, challenge.”  The majestic griotte Kandia Kouyaté had never seen the need to make records, so profitable were her private concerts in Mali, until Mr. Sylla persuaded her to sing with a classical European orchestra for her stunningly beautiful debut album.  Under Mr. Sylla’s guidance, Guinea’s biggest star, Sékouba Bambino, made records that ranged from big-band salsa to electro-pop to traditional Mande jaliya.  Aware of Thione Seck’s love of Arabic and Indian pop, Mr. Sylla went to great lengths to take this outstanding Senegalese singer, along with the brilliant French arranger François Bréant, to Cairo and Madras to make an extraordinary album, Orientation.


Ibrahima Sylla also created bands out of concepts.  For the two Mandekalou CDs he convened summit meetings of the most acclaimed Mande griots in Guinea and Mali in purely traditional settings. 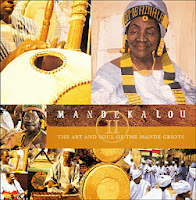 His notion of bringing back the Congolese rumba of the 1950s and ‘60s as acoustic dance music for the 21st century led to Kékélé, a Congolese supergroup that delighted European and American audiences that had never heard that graceful old style before.  Ever the Latin music aficionado, he dreamed up Africando and made it real by taking several of his favourite African singers and the Malian arranger Boncana Maiga to New York to record with the hottest Latin instrumentalists in that city’s musical élite.  He was, however, as surprised as anyone when Africando caused a sensation in the United States.  The single “Yay Boy” shot to No. 1 on Spanish radio in New York and stayed there for six weeks in 1996 — the only song in an African language ever to do anything like that — and it was a hit in Miami and Los Angeles as well.  It achieved another crossover five years later, when “Yay Boy” was sampled prominently in a hip-hop hit that cannot be named.  Mr. Sylla produced a total of eight Africando albums, ending with Viva Africando, which Sterns Africa released just this past October.  It turned out to be his last project.
Mr. Sylla had begun work on Viva Africando in failing health after undergoing two major surgical operations.  He was in hospice care in his home in Paris when he died on December 30th at the age of 57.  He is survived by his widow, Tapa Sylla, and five children: Binetou, Fanta, Hassan, Sadio and Yasmina.  He was laid to rest Saturday 4 January 2014 in Dakar, Senegal.