Moussa Ngom on iTunes US

With the international success of Youssou N'Dour, Senegal is well-known as a source for some of the most exciting and creative music that Africa can offer. But beyond the awareness of established stars such as Youssou, Baaba Maal, Ismaël Lô or Thione Seck, what's perhaps less well-understood is just how important to the internal economy and identity of the entire Sene-Gambian region, is its music as a commercial enterprise. 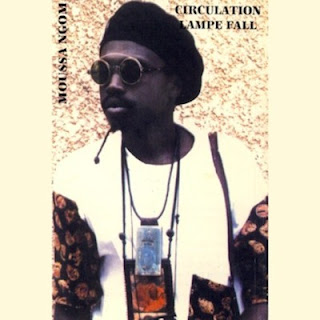 But while Senegal is hailed as one of the most stable nations in Africa, this stability has not meant that its music is immune from the very same problems that beset the industry globally. Producers have flourished and more recently wilted with alarming regularity as they try to keep pace with changing trends and technologies. One of the important record labels which emerged from Senegal’s home-grown music industry was KSF Productions.

The high-point of KSF Productions was probably during the 1990s and in that time they were responsible for some classic and influential recordings that helped forge a unique and proud West African sound. Recordings that, to date and despite their manifest success within the region, have had very little exposure outside.

A perfect example are the two releases from Moussa Ngom, 'Circulation Lamp Fall' and 'Gal Gui’ with which we kick off our exposure of this deep catalogue. 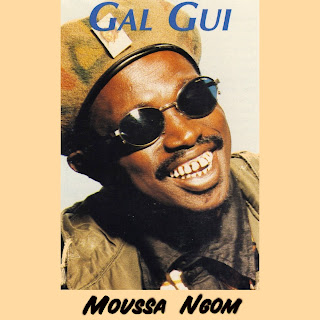 Born in The Gambia, Moussa was already a member of the group Sangamarr in the late 1960s when he was invited by his older brother Laye Ngom, to join Guelewar in the late 70s. Guelawar had picked up the torch of success from Gambia’s Ifang Bondi and with a psychedelic tinge to their music and the scarcity of original legitimate releases, have been ensured cult status amongst today's bloggers and crate-diggers.

But Moussa moved on and the mid-1980s found him in the company of fellow vocalists Momodou Maiga and the magnificent Omar Pene as a member of Super Diamono during perhaps their most dynamic and successful period. History is hindsight and in those days, based on the music alone, it would have been a brave bet that chose between Youssou's Etoile and Omar Pene's Diamono for future international recognition.

Moussa left Super Diamano in 1988 and courtesy of an anonymous commentator on YouTube we pick up the story around 1995 when:


“Moussa made an historic decision to link up with the Ensemble Lyrique Traditionnel du Senegal. These musicians were the resident traditional orchestra at the National Theatre Daniel Sorano in central Dakar.


The recording featured high resolution digital recordings of some of the best players of traditional instruments in Senegal. No one had heard the bass balafon sounding like this before. It simply blew the whole of Senegal away. Everywhere you went by taxi with the radio on you heard the track Circulation Lamp Fall as you attempted to navigate the 'emboutilage' of the Dakar traffic.


It started a trend for other modern musicians to record in the same traditional style that continues up to the present day as an acoustic counterpoint to the modern electric 'marimbalax' style."

Moussa had begun his career singing the 'kassak' songs performed at traditional male circumcision ceremonies and he once remarked that it was only after returning to this traditional style that he had his first hit, 'Circulation Lamp Fall', on his own ticket.

Today Moussa Ngom's status in Senegal is assured and he has been awarded one of the highest honours in the country, the 'Chevalier of the National Order of The Lion'. Like the more well-known, at least in the West, singer Cheikh Lô, Moussa is also a Mouride or more specifically a 'Baye Fall', a follower of Ibra Fall a.k.a. Lamp Fall ('the light of Mouridism').

The Mouride are a Sufi brotherhood with their headquarters in Touba a couple of hundred kilometres inland from Dakar, although devoutly Muslim the Baye Fall sect smoke marijuana and can abstain from work just so long as they walk the hot dusty streets chanting praise to Lamp Fall while collecting money for the cause. With their long Rasta-like locks or 'strong hair', wooden bowls for donations and wearing a patchwork of multicoloured cloth known as N'diaxas, they are a visible presence on the streets in Senegal and Moussa reputedly adds to this patchwork by wearing odd shoes. Always the same style, but in contrasting colours.

In another parallel, intentionally or otherwise, of Rastafarianism, Moussa is regarded as a spiritually-inspired musician but with a strong political consciousness. Perhaps there is no equivalent in our popular music of the West, but what is clear is that Moussa Ngom's music is deeply felt, deeply rooted and immensely popular.

Iain Scott with thanks to Paul Hayward & Mark Hudson