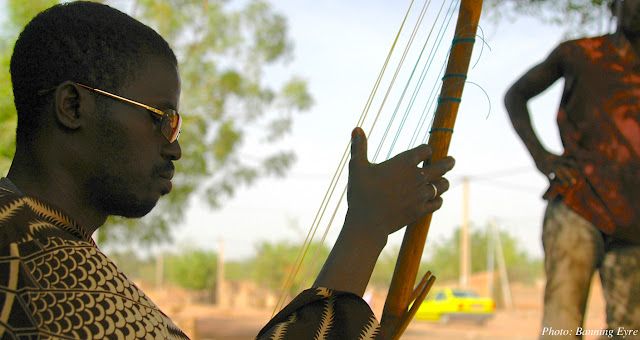 Vieux Kanté is not an uncommon name in Mali, but it can get very confusing when, such is your fame, your name is adopted by others to help them get a gig. This, anecdotally, is exactly what happened to Noumoussa Soumaoro aka Vieux Kanté. As Afropop Worldwide editor Banning Eyre writes:-


“Vieux Kante was born in 1974 in Niesmala in the Sikasso region of Mali. Though blind from childhood, he participated in musical activities like other kids, starting at the age of seven on djembe drum. Vieux’s talent was immediately obvious to all. When he was eleven his brothers would go out to work in the fields, leaving him alone in the house. Vieux took to borrowing his brothers’ six-string harp, the kamale n’goni (youth harp), and learned to play the things he had heard on the radio and at local parties, where the kamale n’goni was then king. 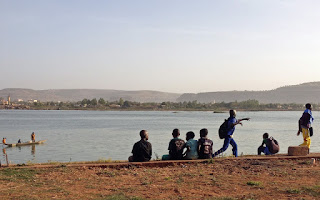 This instrument was not restricted by the secrecy and taboo surrounding hunter’s culture and, in fact, was something of a youth itself, having only been invented in the 1960s. But in a few short years it had transformed village recreation throughout the Wassoulou region. So Vieux tapped into a deep vein of popular emotion when he emerged as one of the hottest young players.”


Towards the end of the 90s and by some accounts, aided by a Dutch hotel owner, Vieux Kanté visited Europe where he recorded with saxophonist Hans Dulfer, and also made a cameo appearance on ‘Mali Jazz’, the 1999 album by pioneering big band, Fra Fra Sound, where he’s credited as “Moussa ‘Vieux’ Kanté”. From 1997, a grainy YouTube clip shows him sharing a stage with both the Fra Fra Big Band and Lester Bowie.

Back in Bamako he proved an innovator who helped to develop the instrument, and by 2000 his kamale n’goni boasted 12 strings. As Banning writes “These modifications gave him more than an octave and a complete major or minor scale. As for the remaining notes, the “jazz notes,” Vieux said that although they are not on the instrument, he could play them - ”You have to do those yourself,” he said, “using your own head.” “


By this time Vieux Kanté’s fame in the villages and fields of the Wassoulou region that extends across southern Mali, northern Guinea and parts of the Ivory Coast, was assured. Songs were written in his name and, as noted, other performers either already had, or had adopted, his name. 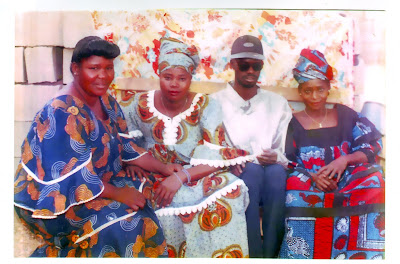 “When we met Vieux (Banning notes) he demonstrated amazing techniques … (and) it was obvious why he was considered one of the most dynamic and accomplished solo players in the country. At the time, he was leading his own group and word was they had recorded a cassette, but it had yet to hit the market. Then, just a few months later,


we heard that Vieux had died after a sudden illness.”

It’s been a long wait, but finally that Mali-produced cassette finds an international audience on Sterns Africa as “The Young Man’s Harp”

MD: Good morning, can you introduce yourself?


KD: My name is Kabadjan Diakite. I was in the Orchestre National of Guinea, ‘Les Badial’. When I came to Mali to see my senior brother Sékou Kanté who was with the ‘Rail Band’, I first met Vieux whom I naturally admired.

MD: As a matter of fact, let us talk about Vieux. How did you come across him?

KD: My senior brother Sékou asked me to accompany him to Zani Diabaté’s so that he could introduce me to him. That was when Vieux entered and I immediately noticed him and said ‘Nkoro, who is the person who has just entered?’. He answered that it was Vieux but made no other comment. And without seeking to understand, I told my senior brother that I wanted to work with that man.

I went to him at Torokorobougou, but could not meet him then and so asked his sisters to give him a message. When I finally did speak to him, I said that I’d seen him on television and admired him greatly. I let him know that I came from Guinea Conakry but lived in Mali and that, absolutely, I wanted to work with him. 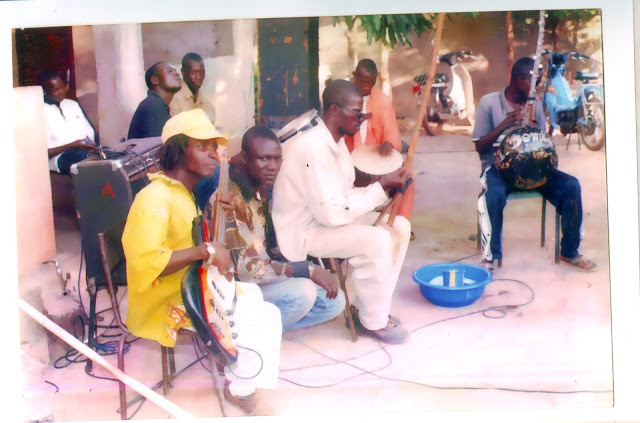 At that time he was performing at the ‘Hotel Les Arbres’ and I was performing at ‘Mande Hotel’, and so I often went to see him at sessions in ‘Les Arbres’ which continued until the early hours. It was there he suggested that he come to visit me in my house, and so we became friends. Later he proposed that I accompany him on at the ‘Hotel Les Arbres’ and the important ladies who came to watch us meant we could really do great things.

And me, filled with wonder about his talent, I asked him if there was a ghost in his kamalé ngoni, because I knew other guitar, kora and ngoni players, but I had never met anyone like Vieux. 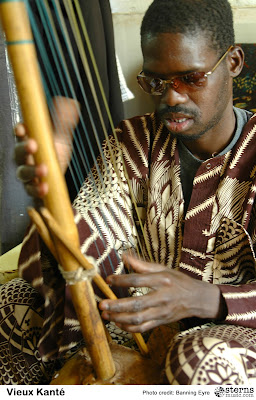 He was the head of the band, I was his deputy. My senior brother even suggested I leave ‘Le Super Diatabande’ so that I could work with Vieux, but I couldn’t as I considered this a kind of betrayal. Nevertheless I continued working with Vieux and we recorded at the studio of Salif Keita at Dielibougou. We recorded seven songs, of which he sang four such as

and I sang three among which were ‘Kono’

The wicked co-wife who wanted to set a dangerous snake against another wife, but the snake bit her and she herself died. The moral of the song is that when you want to harm somebody you may possibly harm yourself.

He said that I had a golden voice, and I told him “Heeee Vieux, me I am afraid of your talent, and now you want to be afraid of me?!”. He then suggested that I should become the head of the band because I am experienced and have been to foreign countries, but I refused saying that to lead is a matter of destiny.

MD: Did you tour together?

KD: Yes, thanks to Mr Zalé, the ex-mayor of the district V of Bamako, we toured almost throughout the whole Mali (Timbuktu, Gao and Bandiagara) as well as Burkina Faso.

MD: Can you tell us about when Vieux died?

KD: If I have a good memory, he died between 2005 and 2006, for our collaboration started in 1998, the year of the African Cup of Nation in Ouaga. His wife died a year before him and they left behind a son bearing the name of Mamadou.

His death really shocked me. But despite all, I continue performing. I perform very well with the musical band, even at present.

MD: What is your conclusion?

KD: I thank you journalists for having come over so that we can talk about the death of my friend and brother. I equally greet all the artists, who all know me more or less directly, either by my name or by my work. I greet you and confide in you for the future. I thank you. 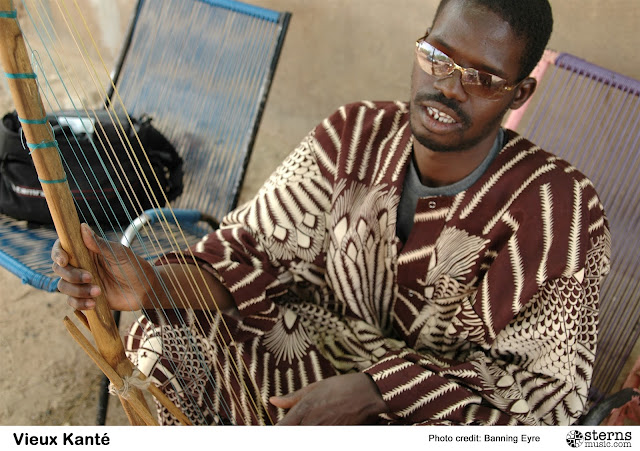